You might have heard that my sister was in a group that climbed Snowdon at the weekend for Comic Relief! Jen wrote all about it here. Their team has raised over £5600 so far and if you would like to sponsor them you can do so here.

I have also been doing my little bit (though not nearly as impressive as climbing a mountain!). Juliet Bernard asked on Twitter if anyone would be able to knit some Red Nose corsages. She sent me some yarn and I've done nearly 3 so far. 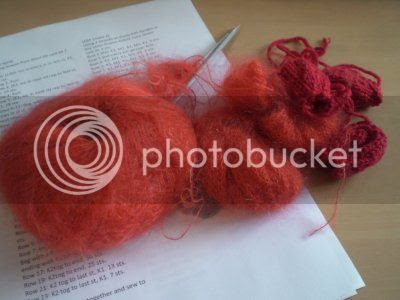 I know they don't look like much yet! But they will be lovely corsages that are being sold at Spitalfields Market in London on the 15th of March. I'm hoping to get a couple more done in time to send back to Juliet so I'd better keep knitting!