It's very boring when people make excuses for not blogging, isn't it? So I won't.

I have something more interesting to talk about, anyway - I have another pattern in Knit Now magazine this month! And it's on the cover, which is super-exciting. 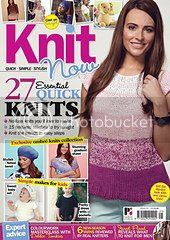 It's called Diffusion, and it's a t-shirt worked with two strands of 4-ply yarn held together. The colours are changed one by one to give the ombre effect. 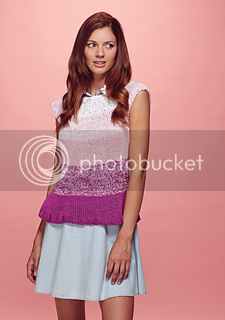 Knit Now is out now and features lots of other lovely patterns and articles. There is also a supplement with many more patterns, and free stitch holders. Bargain!